Back to the Future #3

By Casimir Pellissier back to the future - travel diary Apr 29, 2021 No Comments on Back to the Future #3 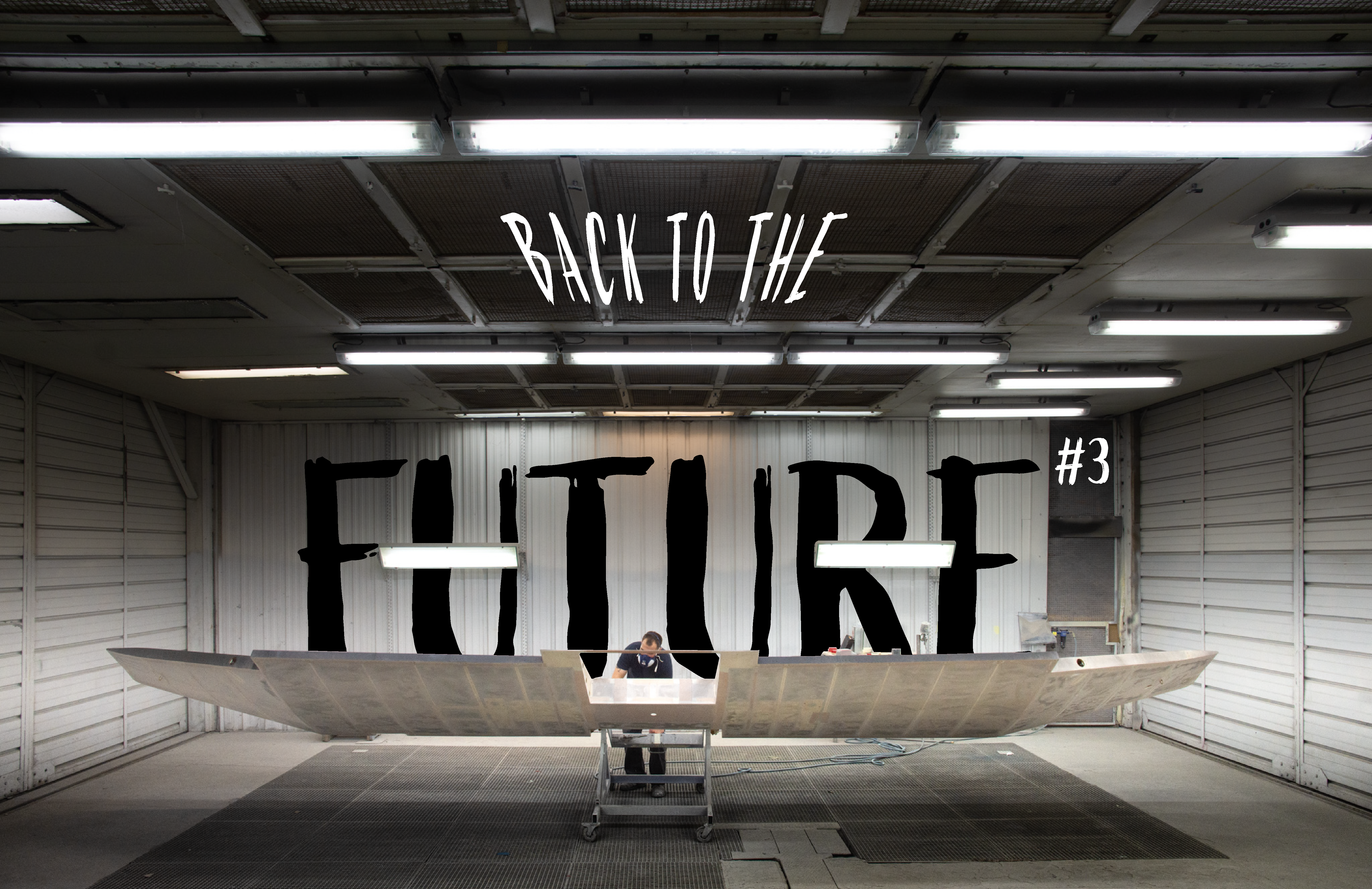 When I was told that our application to the French Economic Recovery Plan convinced the Minister to sustain our development for the next few years, I must say it sounded unreal. After all, Robin Aircraft has always been a human-sized company, proud to handcraft hand-piloted-planes, miles and miles away from multinational companies like Airbus or Dassault with macroeconomic, almost geopolitical stakes.
But then, President Emmanuel Macron’s visit materialized what now seems unquestionable: yes, we can and yes, we will grow up, grow stronger… and need reinforcements.

For of course, like any artisanal company, growing is not a natural process. On the contrary, it demands a sustained effort and extra care to details. Especially when it comes to recruitment. But each aircraft already demands so much care to so many decisive details that taking enough time to recruit well often feels like a luxury.

I sometimes wonder if I could gain some of that precious time I lack by having a machine replace me.

There must be some proven algorithm somewhere that could do what I do better than I, able to manage all resources with minimum loss and maximum profit. Right?
Sure.
But I’m not sure it could ever understand the first thing about the most important, the most miraculous resource we have, the one that’s been powering our know-how ever since Robin started up: the human resource.

To me, to us, know-how is not a bullet point on a résumé. It’s a state of mind. To know how is first and foremost to want to learn. It is about being able to sharpen one’s moves over and over again, knowing one never can know all there is to know. Those who eventually became guardians to our savoir-faire are those who devoted their entire carrier to perfecting it relentlessly. The thing is, though, that their carriers don’t seem to be endless like those of the planes they make. And retirement now slowly confiscates those historic workers one after the other.

Bearing that in mind, recruitment is starting to look like a battle to win.

Because now, so to speak, is the time to face the times. The times are very full, and very much in a hurry, and ended up buffeting its youths so hard from one crisis to another, that it seems to have seriously damaged their ability to believe in long-term. And among those skeptical youths are those out of whom I have to make the new guardians of our precious know-how for the next fifty years…

Within the last four, in order to find fifteen promising craftsmen-and-women, I had to hire fifty among which thirty-five quit as soon as something went wrong. The difference between the fifteen and the thirty-five is not only personal-life-related, but also a matter of approach to the very specific kind of work-ethics we have to offer.  A very strong value-added work demands a long and costly training in the field before a recruit can be even remotely efficient. Once this training is advanced enough for us to let the worker work on its own, it can go two ways: either the worker considers the know-how to be acquired, or he understands that know-how cannot be acquired. The first way leads inevitably to boredom, which will send the worker elsewhere soon enough. The second way leads to the intimate conviction that one can always, always do better.
But the unrest I’m talking about is generational anyway and, one way or the other, if someone decides to quit after only a few years, all he will have learned will somehow go to waste. We’ll have to recruit again, train again, invest again in someone else, who we hope will hold the distance. Or else start over again… truly a vicious circle isn’t it?

Seeing people come and go this way is never pleasant, very often frustrating to be honest. But I can’t say I don’t understand it. I very much understand this need for change. We can all feel like a change of position, employer, or job, at some point or another. Especially when things are hard, of course.
But working sometimes requires the same as loving: one has to put passion in it in order to make it last.

Passion for what we do and the way we do it, is what was passed on to me, what kept me around and what makes me want to live up to all the trust and patience everyone put in me when I got here. So there it is, this is what I need to pass on to this new generation of Robinites. I need to make them feel the pride of perpetuating something noble and coherent.
Because of course the means have to be consistent with the end: as durable as those planes we’re making.
And in order to remain coherent, Robin can never indulge in the well-proven deskilling method which makes everything easier just by making everyone expendable. No, we will definitely never fall for the « mechanization of production », for this kind of magic trick would make our soul disappear while turning our how-knowers into button-pushers. I’d rather just not participate in the extinction of another rare breed.

Why bother doing « made in France » if it has to be done with « made in China » machines?

Let’s resist.
A human being is not a machine: it wasn’t conceived to fulfill one task or even many, but to be able to master any.
Nevertheless, contrary to a machine, a human being needs appreciation, acknowledgement and, more than anything, nuances, variations, regular changes.
So instead of keeping things tight, maybe the right move is to keep just a little slack within the workshops’ structure, for flexibility is key to any kind of architecture, especially when it is a human one. In a nutshell, for one to surpass oneself, one needs to have enough space to move forward.
Recruiting is opening your company to someone, not enclosing him in it.

If we entrepreneurs choose to trust this generation’s natural mobility, I think it can be channeled in a very fruitful way. For it is not a headlong rush but a thrust towards progress. And with this thrust, the vicious circle can be turned into a virtuous one. Encouraging versatility and maintaining open paths between positions and even between workshops, can enable unexpected potentials to be fulfilled. That way any worker could ideally evolve according to its own willpower, keeping the virtuous circle going and the whole company on the move.

Well, maybe it’s all theoretical or even idealistic, but I’ll say this: keeping real people at the heart of those machines’ fabrication process is my idea of a great adventure.

Anyway, anyone who saw The Matrix or The Terminator knows very well how things are going to turn out if we let machines build other machines, right?

Back to the futureBTTFentrepreneurtravel diary