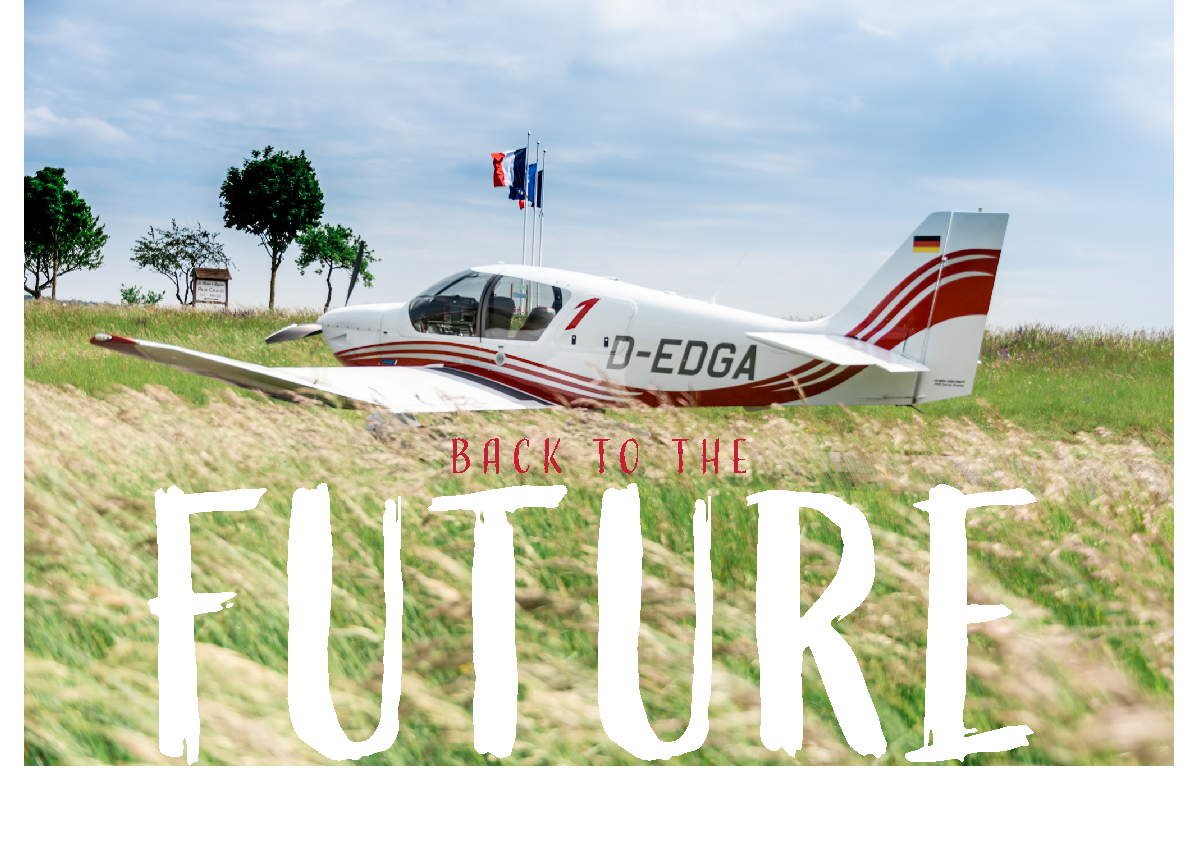 It is commonly said that Robin Aircraft peaked in the seventies. But I believe this is actually beside the point. The point is not peaking but lasting. An adventure like this one is not about the summit but about the journey itself.
The fact is: this journey of ours is going on every day, here in Darois. Has been this way for sixty-three years.
Being the very last wooden-aircraft manufacturer in the world made many think we were behind human schedule in terms of vision. Not to brag about it, but now that we’re in the year 2020, it turns out we were always kind of ahead after all.

As far as I’m concerned though, Robin Aircraft is actually right on time.

Indeed, the world these days is more and more eager to go back to « sustainable ideas » such as hand-work, noble materials and entrepreneur ethics, thus placing us at the right place at the right time.

The right place is Dijon-Darois, in Burgundy, where it all began, back in 1957, when the Robin family took root in this fertile land to found an aeronautical-craftmanship-dynasty. 31 years later, we took over and made it our duty to never let the fire go out, so to speak.
So here we are, another 32 years later, on the exact same site, in the right spot, passing on passion and know-how from fathers to sons, one generation after the other.
As for the right time, there’s no arguing it is right now. Because the times we live in demands reaction against the likes of bullshit-jobs and profit-above-all-thinking and relocations and deskilling. The time is right, many seem to think, to take a few steps back so as to make a giant leap ahead.
What makes us especially proud is that we must precisely not change in order to be up-to-date.

And count us in on the future, too.

Yes, we do and always will handcraft wooden aircrafts. For since humanity decided to fly, from Da Vinci to Pierre Robin and all the others, wood has always been its most loyal ally.
Oddly enough though, a popular belief associates aircraft with steel, probably as a result of the numerous flying tin cans which WWII demanded to be quickly, massively and cheaply produced. After the war, the necessary conversion of the metal industry as the first provider for the booming business of airlines reinforced this deceitful intuition.
May I say feeling more secure in a metal plane than in a wooden one is about as pertinent as feeling more secure on a highway than in the sky above.
Wood and aircrafts are not a convenience-match, it’s a love-match. And this love is what we celebrate every day in our workshops. So let’s not even mention the obvious eco-friendly aspect of the material and just focus on the bends-but-doesn’t-break side of things. Lighter and livelier, wood flies better, floats better, ages better and grows, so to speak, on trees.
Well of course it doesn’t make much sense to compare small planes such as ours to the bigger ones that have to carry hundreds of people or tens of bombs. We are just Robin and Robin will always be Robin: a french family company that puts its heart and hands into making planes that are as much easy to fly than to love.

But this comes at a price. Woodworking is costly and less and less people know how to do it.

This is precisely what makes our workers so valuable. Their knowledge is becoming so rare that we are insisting, now more than ever, on passing it on directly from hand to hand.
Robin is like a village: we fancy ourselves as diehards in the face of a certain type of market adversity, making our point by maintaining the delicate balance that keeps us steady without ever renouncing who and what we are.

I’ll make it none-exhaustive, but even so, it’s always a pleasure to spell out the list of those who contribute day in day out to Robin’s reputation: carpenters, boilermakers, cabinetmakers, adjusters, fitters, riggers, welders, painters, upholsters, sheet-metal workers, engineers, mechanics, electro-technicians, test pilots… A small village, as I said, is what it takes to build one of our planes from the ground up and launch it in the sky. This plane was conceived some fifty years ago and some have actually been flying since then.
Hand-built, hand-piloted, that’s all there is to it.
Today still, in the age of affordable drones, I believe it is something else to take off in a DR401. It’s about taking charge of your own life I guess: find yourself higher than ever, make one with the machine, understand its vibration, synchronise the heartbeat to the engine-rhythm, look further into the horizon without wanting to go faster, enjoy the journey instead of just trying to get there already.
I realize now that this company demands to be piloted just as the aircrafts it makes, so let me say that again: looking further without going faster, learning from the journey instead of rushing into it.
This kind of sums up our understanding of what « made-in-France » means.

But letting it be known is of course not enough. We must by all means be able to go on.

And for this to happen, for this to keep on happening, we must defend our values with a conquering spirit.
The successful rejuvenation of our team along the many well-deserved retirements these last few years, by the way, makes us very optimistic. For this patient and thorough recruiting process enabled a new momentum to emerge regarding ideas, ambitions and exciting projects that can depend on solid historical foundations.
I trust it’s going to be an incredible thrust towards the future.

Allow me to come back to that very soon. Because until then, as always, on a du pain sur la planche.